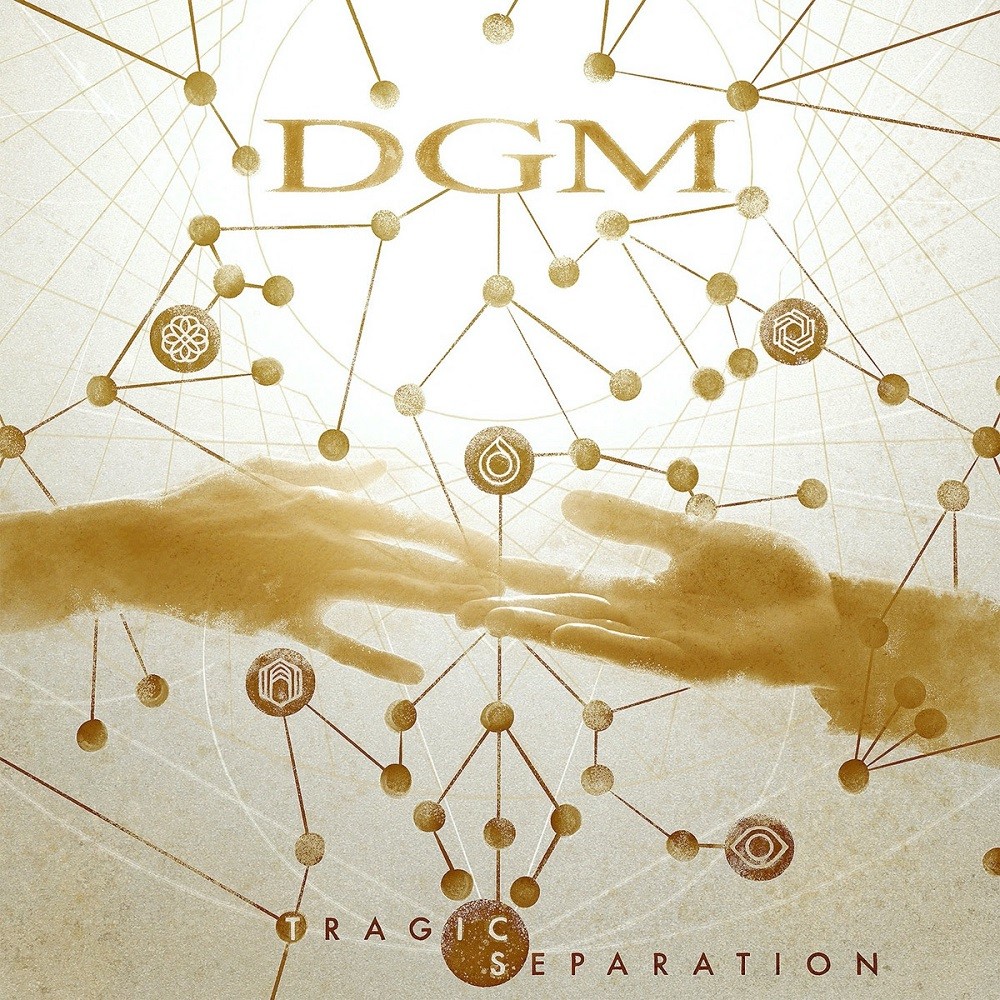 DGM is a band that's been having quite the run over the past 15 years after a pretty rocky history. Although the band is named after the three founding members (Diego, Gianfranco, and Maurizio), it turns out none of them are a part of the group anymore, with Maurizio Pariotti being the last to leave in 2003. I always found it strange how the DGM name continued to live on through the initial exodus, but the band has been tightly knit since, sporting the same lineup since their 2009 release Frame. Although they're far from a household name in Progressive Metal, their consistently solid output since Frame caught my attention and they eventually made me into a fan with their 2016 album The Passage. It goes to show that having a consistent lineup can really do wonders for a band's output, considering DGM's 1990's and early 2000's material was considerably rough. Tragic Separation shows that the band wasn't done with what they started in The Passage, with it mostly being a direct continuation of similar sounds and ideas from 4 years ago.

Even though I'd consider DGM to be a Progressive Metal act, their last two albums have shown them opting for an energetic, Power Metal-esque backdrop to all of their technical playing. Even though the tracks have more extended song structures and more complex riffing than your average Power Metal fare, their music stays grounded enough to not feel randomly disjointed. This straightforward approach works wonders for someone like me who, even though I enjoy a great deal of Progressive Metal, got tired of the tangential and aimless transitions that can plague the genre. Tragic Separation gets straight to the point with fast and precise riffing, great vocals and hooks, and impressive features from the band as a whole. They've really perfected The Passage's style on this one, making each song sound so aggressive in a lively way rather than a dark way. It was seriously apparent how much better their songwriting has gotten after I went back to The Passage after enjoying this album so much. Even though I still really enjoy their previous release, it's obvious how much more comfortable they are in Tragic Separation as the song lengths are more drawn out without losing any amount of energy or spice.

In many ways DGM fill a niche of Progressive Metal that has been getting lost over the years with bands like Symphony X and modern Fates Warning slowing down in recent years or losing some of their quality. Full steam ahead songwriting without any of the progressive fluff is something that I keep coming back to about this band, but it can't be overstated how well I think it works for them. Vocalist Mark Basile is able to belt out some seriously catchy melodies that keep up with the rest of the intricate playing but never overshadows what's going on in the background. While the instruments have some heft to their tone, everything feels light, precise, and feel-good, which is pretty unique for this kind of style. The solos are well performed too, being impressive but never drag on for too long. The shorter orchestral interludes like in the beginning of "Tragic Separation" are a welcome addition to add some much needed variety and sound great, fitting right in place with the overall feel of the album.

As much as I enjoyed this album, I have to admit that that you really have to like DGM's style to get the most out of Tragic Separation. In many ways the album is ten renditions of the same track, with their formula not deviating all too much. That being said, I dig their formula so this time around that it didn't matter much for me, but I can see it being a bit of a slog if this isn't the exact style that you're looking for. DGM are a talented group of musicians that struck gold with their repetitive ideas this time around, with great riff after great riff and a multitude of catchy choruses to choose from, but if you're looking for something challenging or overly complex, you'll probably have to look elsewhere. For me, though, Tragic Separation is an insanely fun album with its free-wheeling melodies and never-ending energy.