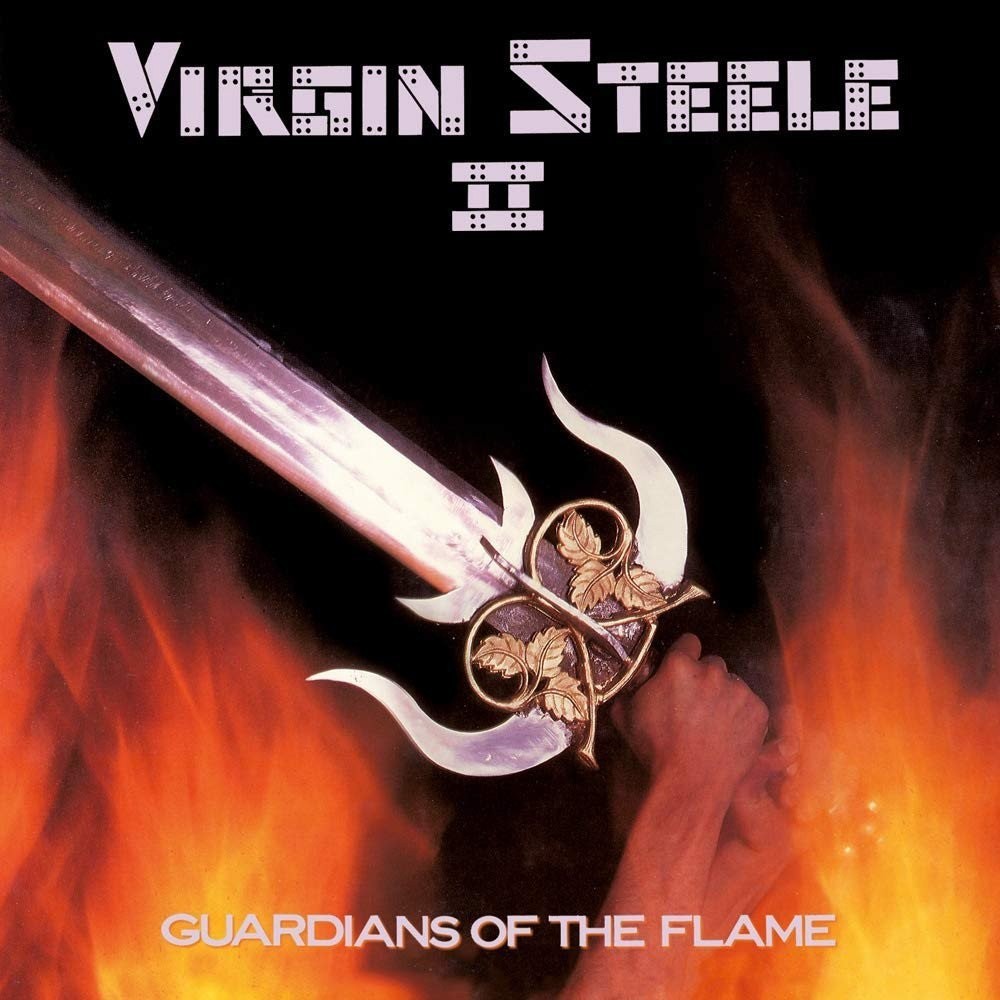 Their 1982 self-titled debut album was a far cry from Virgin Steele’s glory days of the mid-90s. The production was absolutely atrocious & the song-writing showcased a band that was still very much finding their sound. It did however hint at a more orchestral & symphonic style of epic metal than we’d heard to that time so you may be interested to see where the band would take that on their follow-up record which was released just six months later with the same lineup.

1983’s “Guardian Of The Flame” album sees Virgin Steele only marginally improving on the woeful production of the debut with their sophomore effort sounding very thin due to a distinct lack of rhythm guitars & overall bass in the mix. It’s a very wishy washy sound to be honest & I’ve got absolutely no idea how anyone with working ears could have thought they were on the right track during the mixing process. The rhythm guitars really are about half the volume they need to be & it sucks all of the heaviness out of these songs which is a real shame because this is some much stronger material.

Guitarist Jack Starr has toned down his tendency to continually throw guitar solos around on the debut & this sees the songs having a little more room to breathe. He still goes to town when given the opportunity though & his solos are certainly shredding, if not particularly precise. The rhythm section keeps things fairly simple which puts a lot of pressure on front man David DeFeis to deliver given the lack of guitars. He’s really improved his delivery in the six months since Virgin Steele’s first effort though & puts in a much more polished & mature performance. In fact, the stronger pieces definitely line up with the moments where David gets it right as far as the vocal hooks go.

Virgin Steele’s sound is decidedly more metal than before with much less progressive rock & a bit less hard rock influence. The basis of their sound still sits with the classic heavy metal bands of the 70’s & early 80’s although they’ve retained the more symphonic elements that were hinted at previously with Rainbow’s “Rising” album once again proving to be a major influence. This is mainly evident on the more epic & lengthy songs which lean further towards the US power metal sound that was starting to be developed. There are 3 or 4 really good anthemic heavy metal songs here & it’s a real shame that the production puts a cap on how far they can dig their teeth in but you can comfortably discern that Virgin Steele have some real potential. Unfortunately the B side isn’t as strong as the A side & the last couple of tracks in particular really do their best to taint the impact of the stronger material. The closing number stands out as the only real shocker on the record though. It’s a terribly cheesy ballad which leaves me sporting a particularly bad taste in my mouth.

Overall, I’d suggest that you give “Guardians Of The Flame” a miss & check out Virgin Steele’s more classic material. It’s limited payoff isn’t worth the effort it will take you to get into it.