Witches Hammer - Damnation Is My Salvation (2020) 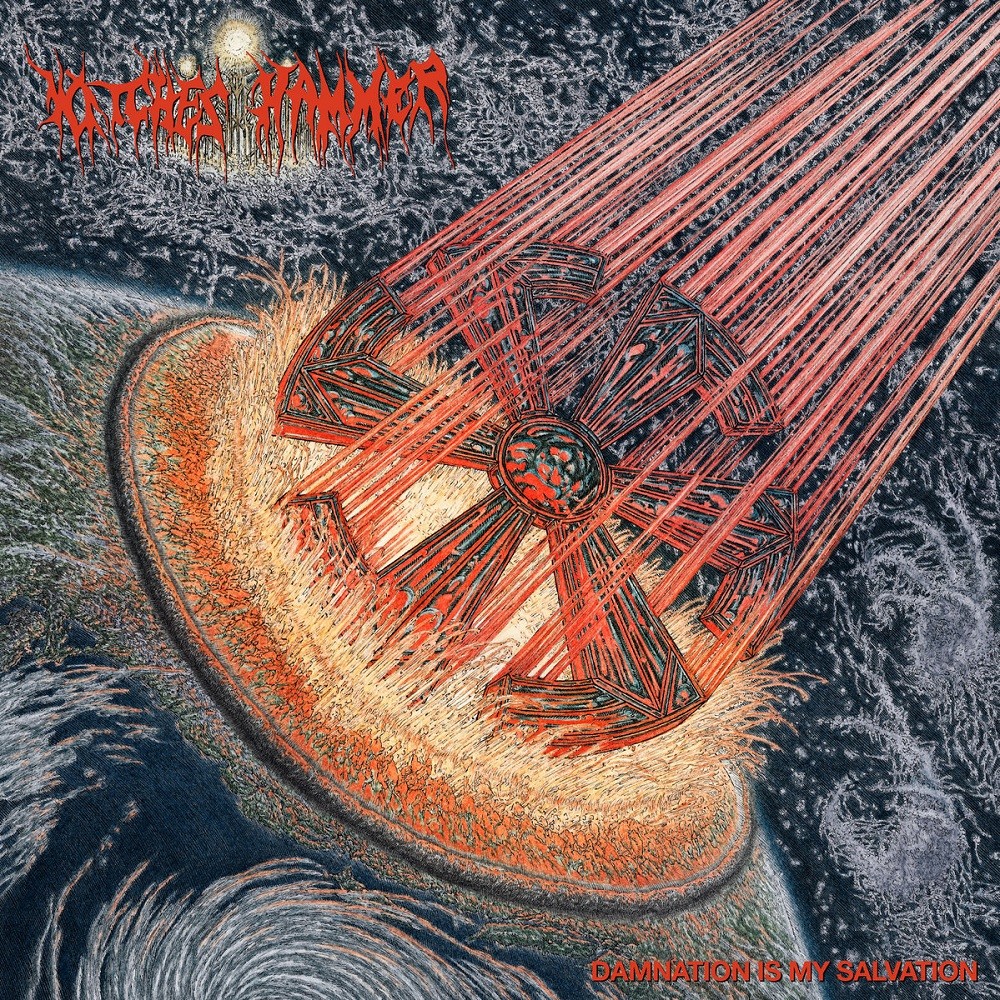 The story of Canadian Extreme Thrash Metal band Witches Hammer is one that's not only interesting, but also very inspiring. Thrash Metal took the metal world by storm in the early 80's and by 1985 bands playing more and more extreme versions of Heavy Metal were popping up everywhere, including British Columbia where a couple of teenagers would form Witches Hammer. Although most metalheads aren't too aware of the band they definitely should be. They were the ground-breakers and pioneers of the Extreme Metal scene in that area, with having the honor of bestowing one of, if not the first Extreme Metal recordings in a Canadian studio in 1985 with their self-titled demo. After releasing two more demos, then a self-titled EP in 1987, then a obscure compilation album in 2003, it felt strange that band that was able to get the Extreme Metal wheels turning was never able to come together for a complete album. Fast forward to 2020 and I'm somehow listening to their first full length record, 35 years after Witches Hammer's first demo, with lead guitarist Marco Banco turning 51. I don't know how, because who can foresee a band who never released an LP coming back 30 years later and recording a ripping, 80's inspired Extreme Thrash record, but apparently this is the world I'm living in right now.

And I'm seriously glad they returned because this is an amazing and violent slab of Extreme Thrash that invokes the feel of classic Thrash in ways I haven't heard for quite some time. The production is slightly muted and pushed back but has so much power in the drums and guitar tone that you hardly even realize. It feels like Witches Hammer picked up where they left off when they released their EP back in 1987, which is just fantastic to experience. Classic Thrash done well is hard to come by nowadays and they're able to subtlety and strategically insert the aggression of Death Metal and the viciousness of Black Metal within the speed of Thrash Metal to create something that's incredibly balanced for having so many influences. Damnation Is My Salvation isn't some crazy hybrid that uses transitions to move between those genres though; it's constantly cranking out riff after riff, weaving in and out of different extreme ideas and influences throughout the entire 30 minutes.

Every riff is blistering and unhinged, with Witches Hammer able to create some impressive and effortless sounding transitions as this album barrels forward. They're able to cover so much ground in such a short time, with "Across Azeroth" coming in with some seriously Blackened Thrash to start the album off, "Witches Hammer" adding a classic Speed Metal feel with a killer Thrash chorus, and "Nine Pillars" delving deep into the realms of Death Metal with its slower chug riffs and extended song structure. There's seriously something for every Extreme Metal fan in here, complete with crazy precise drumming and an extremely evil sounding vocalist that has quite the range of growls and screams.

Damnation Is My Salvation comes close to being an absolutely stellar comeback in every possible way and die-hard fans of Extreme Thrash owe it to themselves to check this out. For me, however, there were just some aspects that failed to completely win me over. While it undoubtedly goes incredibly hard, the more basic Thrash parts all blend together for me after a while with "Deadly Mantis" dragging a bit and "Frozen God" feeling like a slight rehash of the front side tracks. Even though the vocals are nestled sinisterly towards the back of the mix in a way that sounds really good, I do wish they had a bit more punch during some moments.

Damnation Is My Salvation still wildly succeeds as a classic but forward thinking Extreme Thrash release that's able to incorporate so many elements in such a smooth and cohesive way. Sure it can get a little repetitive here and there, but the album is only a half an hour long, and it never loses a single bit of energy the entire way. If anything I'm just ecstatic that this album even exists, since it has every single right not to. It definitely scratched the Extreme Thrash itch for 2020 in a way I wasn't expecting and undeniably shows that there's still room for the classic Thrash sound in the modern era.