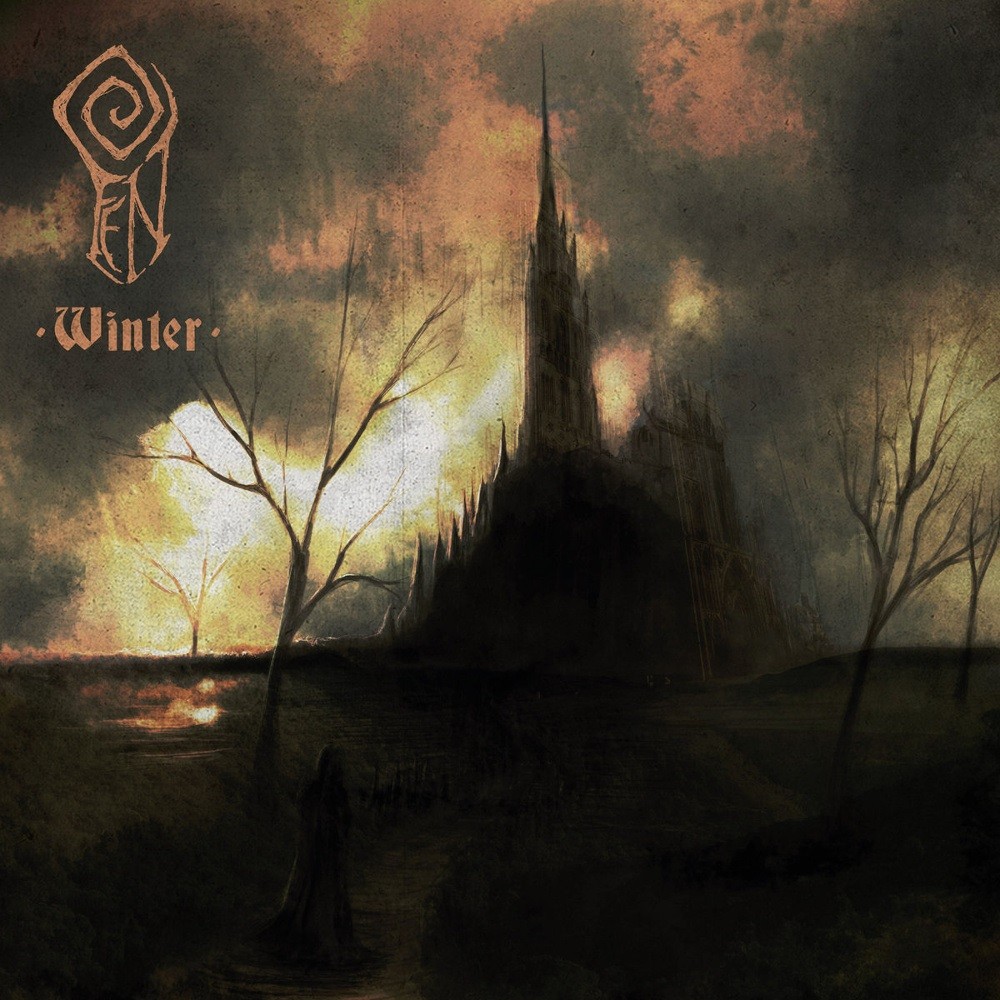 Allow me to bring you back, if only for a moment, to the year of 2017. I was just beginning my long, tumultuous journey into the depths of despair, death and cults with Black Metal. My original sentiment was that it was a genre just not meant for me, but their will always be exceptions and groups willing to bend the rules. One such group was Panopticon, with their marvelous blend of uniquely Americana folk music with soaring atmospheric black metal. And considering how much of a mark I have always been for folk tinged metal, this was something I had to explore further.

So a couple years into this endeavor, I discovered the English based Atmospheric Black Metal, tinkering on Blackgaze, group Fen and this album Winter in March of that year (that is important, trust me). Initial expectations were low, as this was one of those albums that lacked much of the folk tinged "epicness" that surrounded Saor and Panopticon among others. But then I kept coming back to this record, over and over again, even more so than those albums by artists previously mentioned. Let me be clear: Winter is the greatest achievement in black metal of the traditional variety; one that invokes the death, despair and suffering better than any record I can recall, all laced within the unmistakable coldness that is implied by this genre's OGs like Burzum, Mayhem and Darkthrone.

This is a complicated album to discuss. Mostly due to the fact that this is an incredibly daunting listen! For an album that contains only six tracks and clocking it at nearly eighty minutes, I can see why a lot of people, including those who are much bigger fans of black metal than me, might turn a blind eye to an album like this. But let me clear: Fen's Winter is one of the most compelling albums I have ever listened to across any genre. This album is magnificent!

For starters, Fen managed to peak my interest almost instantly with the inclusion of a seventeen minute opener "I (Pathway) that might just be the greatest display of pacing I have ever heard! The tune starts as almost a whisper before more instruments gradually fill out the mix, followed by drone chanting vocals, all in the span of about three minutes. Then the dynamics explode drastically as the black metal screeches of The Watcher enter. The theme develops further, modulating throughout numerous key centers and variations on a theme before the album creeps back down to a softer passage that borrows heavily from shoegaze. The main theme returns once again and builds as the opening did, but this time with even more ferocity than before. The way it ends and effortlessly transitions into "II (Penance)" is absolutely brilliant.

While most of the tracks on this record do follow a very similar compositional formula, there is more than enough structural differences between the tracks that make each moment feel like it belongs. And that is incredibly difficult to do on a forty minute LP; this one is almost eighty! Whether that be the painful descent into the abyss that closes out "IV (Internment)", the full frontal assault that persists on "V (Death)" and the gradual rebirth that occurs on "VI (Sight)". There is not a single moment here that is out of place, or arbitrarily thrown in to make it sound more progressive.

A similar feeling can be said about the lyrical content as well. The more listens I give this album, the more I keep thinking about the parallels between this and Agalloch's epic masterpiece The Mantle. But where that album felt like a fresh coat of snow that had just fallen and created a beautiful landscape across the countryside, Winter feels more like a freezing rain storm. While the thought of everything being covered in a layer of ice seems really cool and does create some incredible photo opportunities, most people only remember the aftermath of those photos; when the branches of the trees have all given in under the additional weight of the ice, and what you are left with is a hellscape that looks like the aftermath of a natural disaster like a tornado or a hurricane.

And the way in which Fen are able to make that come across in the music in addition to the words is spectacular. The cold is chilling on this record, as if the ice storm is concaving right on top of you. The way in which the protagonist comes to grips with their own inevitable fate is genuinely haunting in a way that I have never experienced before. The movements of this album are nearly flawless in the their execution and the emotional weight that is implied as the titles of each movement would suggest. Unlike those atmospheric black metal albums by Saor and Panopticon, this album builds into a cold rot that reminds me a little too much of the story of Ariandel in the Dark Souls franchise. However, unlike in the Dark Souls universe, this album ends with our protagonist laying themselves down at the altar of an undefiled statue as they accept their fate ("V (Death)") and are cleansed of the rot that has built within oneself throughout their lives, even before the start of this record. The post-rock section that consumes the first half of "VI (Sight)" represents the acceptance of death and the return of the blast beats, tremolo picking guitars and howled vocals is almost foreshadowing that, the cycle will resume again.

I consider myself to be a fairly harsh critic in comparison to many of my contemporaries, and even more so here on Metal Academy. So let me stress that I do not hand out perfect scores very often. These are reserved for the special albums that resonate with me in ways that are almost impossible to describe. This is the bands most ambitious album they have ever released and it paid off in spectacular fashion. The cold of the titular season is on full display on this Fen album; highlighted most of all by the depression that one gets from a season that carries on for far too long, just as this album does. But this album breeds life, probably not what the band intended, that I have not heard on a metal album since Ashes Against the Grain. This is certainly an ambitious listen and most likely too daunting for some. But I can assure you, if you are willing to take the plunge, you may be surprised by what secrets you may discover. Maybe, at the end of this journey, to return to the Dark Souls reference from before, we can finally find our cold, dark and gentle world.