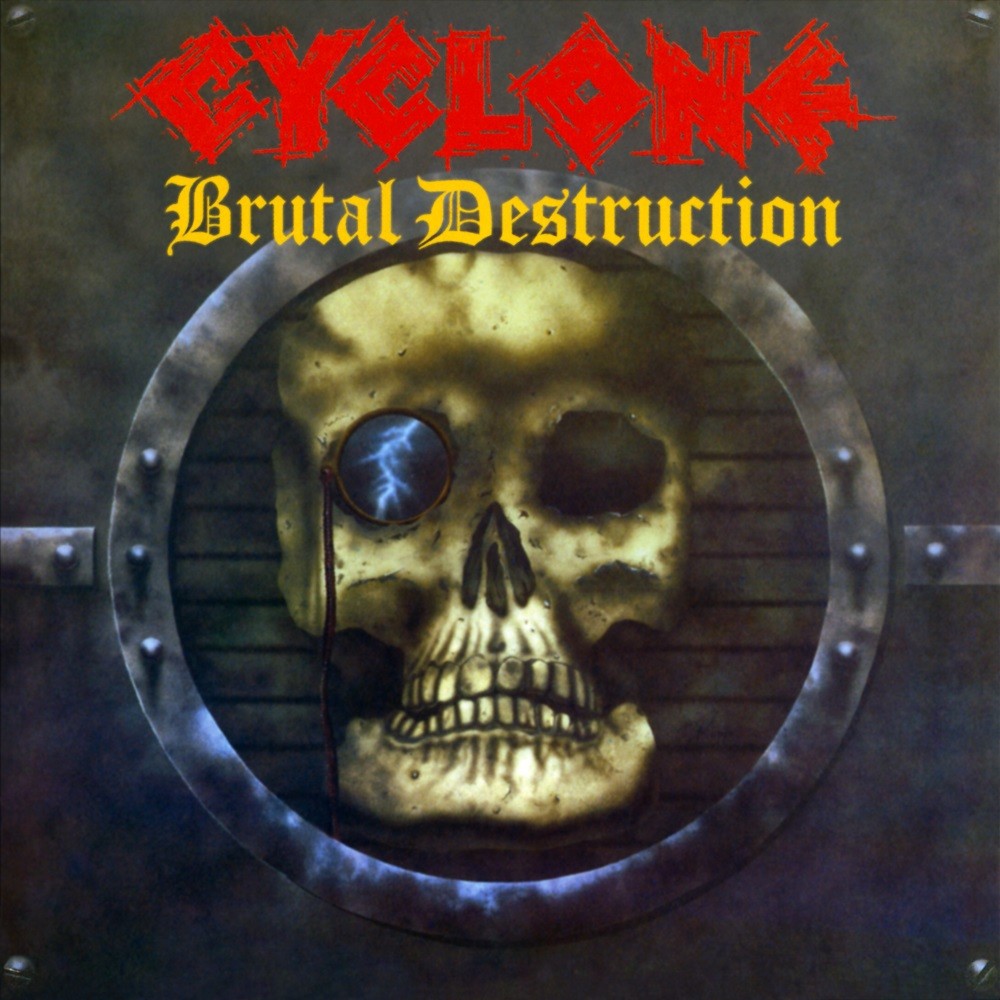 Some bands are much-ballyhooed, and others just don’t get enough ballyhoo at all.  Cyclone have suffered from a severe ballyhoo deficiency since I first heard the ’85 demo cuts on some underground cassette radio show (early 80s equivalent to a YouTube channel).  Even at such a young, naïve, impressionable age, I remember thinking, “Is this Exodus?”

It is very much like Exodus.  Singer Guido Gevels’ O-ring popping wails are fashioned directly from the Paul Baloff school of unwashed denim, while the leads mimic Gary Holt’s high-pitched crawling-up-the-neck shtick.  Even so, Brutal Destruction is a gut-punch of an album, a strange security blanket that I had for years on vinyl, and then ran right out to get when CDs came into vogue.  It’s brainless thrashing mayhem, plain and simple. Copious doses of riff-crunch are packed into these 8 songs, which often cycle through that tried-and-true dramatic pattern: everything falls away except for one sinister guitar riff, and then….Crash! Crash! Crash! go the drums, bass, and second guitar in a tribal sound that forces metalheads within earshot to sway their heads to the call (Think the first minute of Slayer’s “Evil Has No Boundaries” – yeah, that).

At any rate, these Belgians were quite adept at moshable moments like the above, “Fall Under His Command” is a great example, Gevels shrieking loudly enough to send all domestic animals out of the room within the first minute.  “Fighting the Fatal” is another crusher, just  unadorned ritualistic headbanging exercises with a main riff that just crackles with evil static.

Add this one to your next classic thrash listening binge.  Play it until your parents move out and all the appliances stop working.  This was the best thing from Belgium until they came out with their IPA.