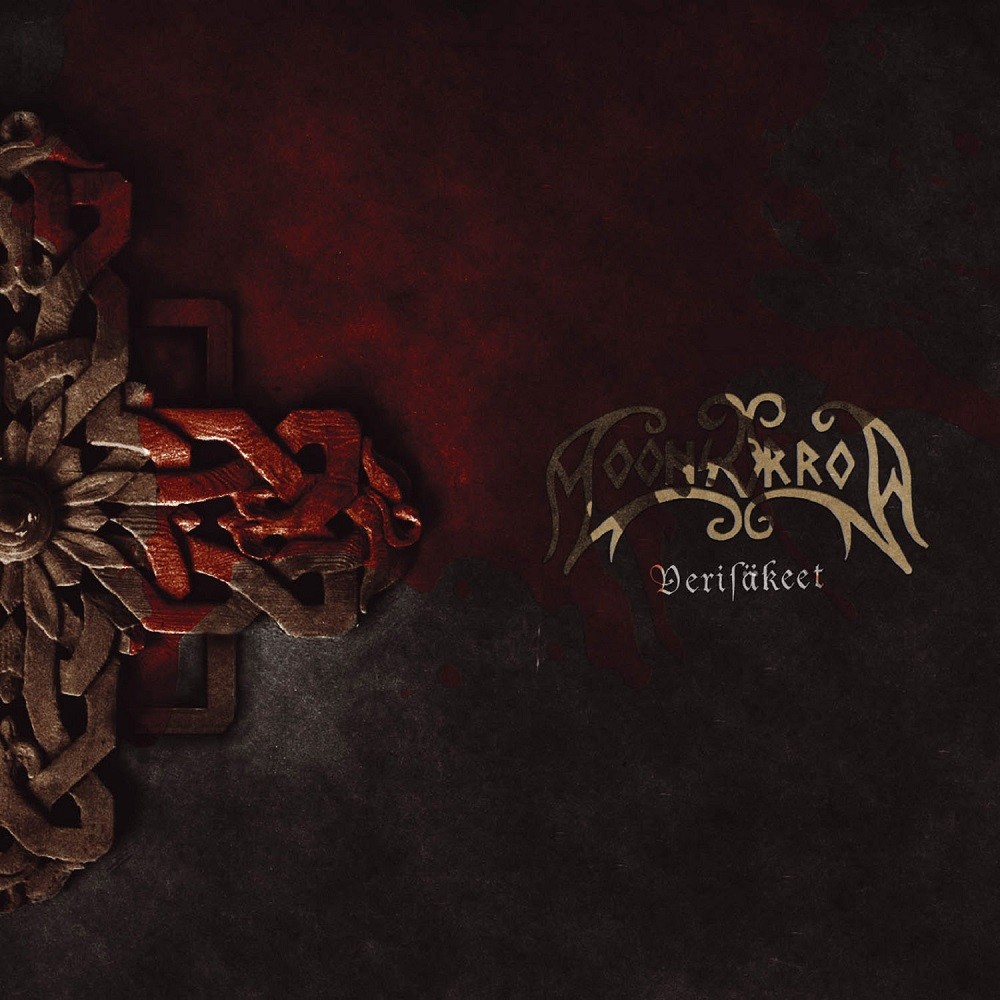 The Shadow Of Odin

Since Moonsorrow's Jumalten aika was my first step into the world of a darker and heavier style of Folk Metal, it's no wonder that I have such an attachment to Verisäkeet. It took me quite a while to get around to checking out Moonsorrow's earlier albums, but once I got to Verisäkeet it hit me that this is the heavy Folk/Viking Metal experience I've always looked for. It strikes the perfect balance between the rawness of Bathory's Hammerheart and the masterful use of folk melodies to create a uniquely dark atmosphere that, for me, hasn't been able to be replicated anywhere else. The duality of calm forests and hills littered with the sounds of battle, glorious victory, or honorable death keeps me brutally invested in the drawn-out and complex structures that Moonsorrow weaves through the five tracks on this album.

Verisäkeet isn't afraid of what it is, and that is immediately apparent as after a few seconds of atmospheric forest introduction it thrusts itself into the fray with a perfect balance of folk violin and crushing metal riffage. This balance and union of Folk and Metal is the pinnacle of the genre for me so far, as everything works together so beautifully, from the poignant chugs to the fantastical melodic synths and other folk instrumentation. Many other Folk Metal bands opt to showcase Folk and Metal in separate sections, resulting in a product that is simply a Black or Heavy Metal album with some acoustic guitar or violin thrown into the bridges or choruses for added effect. Moonsorrow's approach of creating 14 and 20 minute epics means that they have room to craft an incredibly epic experience with the synergy of all the elements they use being top notch. Even the sillier Australian outback sounding effects have their place as they are used sparingly. For a 70+ minute album there is of course going to be some repetition, but elements are used sparingly between all the stellar riffing that whenever they return later in the album it still feels fresh and exciting. It also helps that each of the five songs in Verisäkeet has its own distinct identity that, despite the lengths, keeps the album constantly moving forward. "Karhunkysi" is a balance between Viking folk melodies with aggressively accented guitar riffs, "Haaska" is a sweeping and more atmospheric respite that swells from pounding Black Metal tremolo down to the calming sounds of a storm on a mountainside, "Pimeä" might be the darkest and heaviest Black/Folk track I've ever heard as Moonsorrow takes some Burzum synth sounds and uses them to amazing effect, "Jotunheim" is a repetitive but compelling journey through the previously created sonic landscape of Verisäkeet that ends with the peaceful but slightly unsettling sounds of "Kaiku".

Moonsorrow have created an album that is a journey through some world unbeknownst to ours and those are my favorite kinds of albums. The progression of the riffs, chords, and atmosphere of each song is distinct and incredible with transitions that feel very natural and smooth. Cohesion is normally a trend with my highly rated albums and Verisäkeet is easily the most cohesive Folk Metal album that draws out its own aura and paints its own world for me. The heaviness of the Black Metal riffs of "Pimeä" that transitions into a somber but frustrated sounding folk melody or the slow build and decay of "Jotunheim" just has this weight and sincerity that I only hear from a few select albums. This album has turned out to be the perfect storm of Folk, Black, and Viking Metal that just keeps impressing me each time I go back to it with its compelling, heavy riffs and mysterious atmosphere. It never overuses an instrument, melody, or idea and always knows exactly where it wants to take the listener next and how to accomplish it. Whatever journey the warriors of this album are on through the mystifying universe of Verisäkeet, they are marching forward with honor and pride through the treacherous but magnificent trials and tribulations of a darkened world.

I must admit that I've never been a fan of folk metal but I gave Moonsorrow's 2011 album "Varjoina kuljemme kuolleiden maassa" a few runs a couple of years ago & was pretty impressed. The musicianship & production were top notch & the music was Bathory-worshipping viking metal for the most part with just the occasional folk section which I was able to overlook in such small quantities. Shortly afterwards I ventured further back to the previous album "V: Hävitetty" which I also liked. It featured a few more of the folky sections during the second half of the album so I didn't like it quite as much but it was definitely worth a listen. Which brings me to 2005's "Verisäkeet" which has been generally regarded as one the band's essential releases. Again the production & musicianship is top notch but the song-writing on this album features both folk metal & viking metal in equal parts & I just can't get into the folk melodies. They're just not my thing. Plus the viking stuff does tend to be a little cheesy at times. I can see how this album will certainly appeal to fans of the folk metal genre though as it's a very professional package. Unfortunately not something that appeals to me.