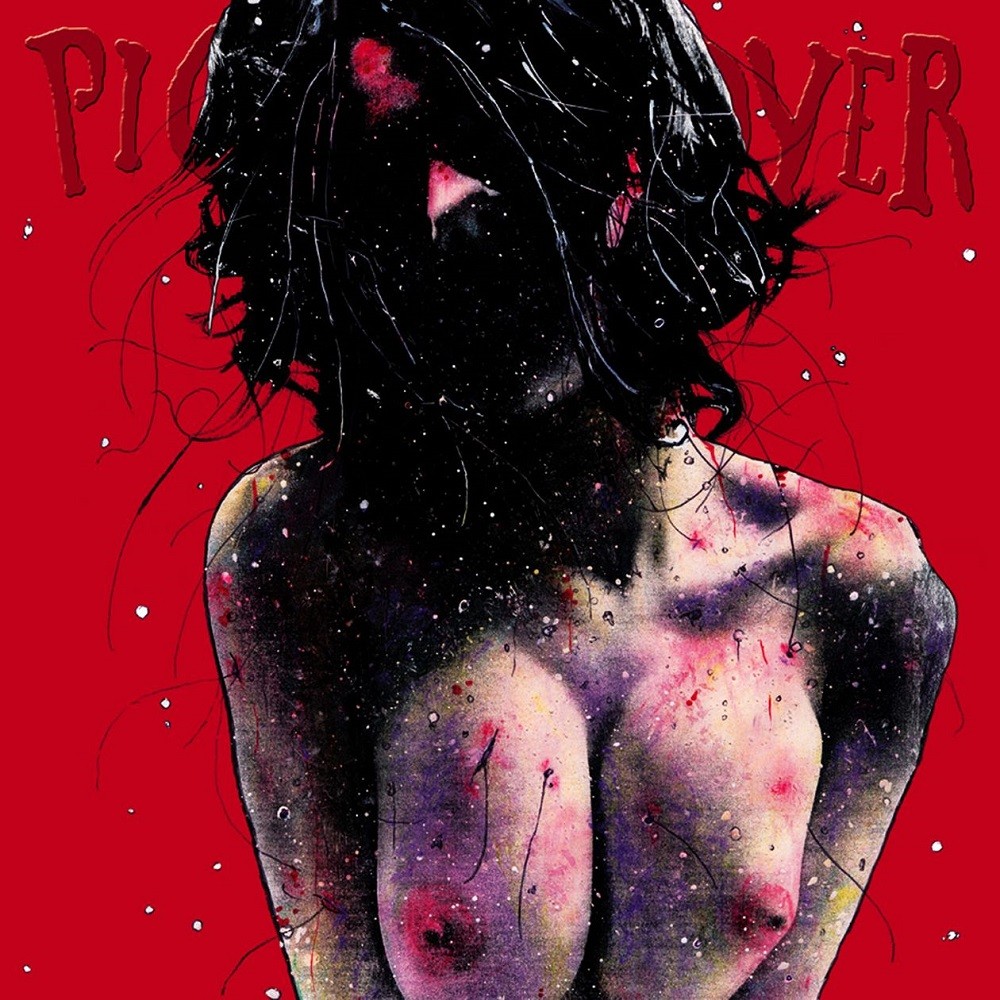 I got on the Pig Destroyer train a little bit late to be honest. The Washington grindcore outfit began their recording career at a time when I was starting to temporarily lose interest in the metal scene & it wasn’t until 2009 that this delightful piece of blasting insanity would grace my ears but it made an immediate & lasting impression. Grindcore & I have had our moments over the years to be honest. I tend to find that for every energized burst of pure aggression comes a generic & artistically unambitious release of little consequence but when I hit on a gooden I get a great deal of enjoyment out of it & “Terrifyer” fits into this category very confortably.

For me, it’s always important that regardless of how brutal a band might be or how raw a sound they might be aiming for production-wise, I still want to be able to make out the nuances in order to give myself the chance to become physically involved with the riffs. And Pig Destroyer have done a fantastic job at achieving that here with the guitars & drums seemingly leaping out of the speakers, grabbing you by the hair & bludgeoning your cranium with a force somewhat akin to a sledgehammer. The rhythm guitars are right in your face & have an abrasive yet vibrant tone that’s chock full of life. They also possess enough weight to remove the need for a bass guitar. That’s right! Upon first listen I remember trying really hard to identify the bass lines but found that I couldn’t pick them up for the life of me. It wasn’t until I did a little bit of googling that I realized that Pig Destroyer don’t actually have a bass player at all. On the evidence of this record though, I can see why they didn’t bother with one as it’s simply not required. The layering of Scott Hull’s guitar crunch & the sheer athleticism of drummer Brian Harvey seems to fill out the sound adequately enough. I really love Brian’s drum sound actually. There’s so much electricity on his cymbal work & the blast beats are commanding & authoritative without ever becoming overly dominating. This is what a grindcore record should sound like in my opinion. It’s brutal for sure… but there’s an overall professionalism about it too.

Some of that is undoubtedly due to the impressive musicianship of the two instrumentalists. Agoraphobic Nosebleed mastermind & former Anal Cunt guitarist Hull was clearly a well-seasoned veteran by this stage in his career & it’s very evident in his execution. The benefits of having a single rhythm guitarist performing multiple layers of tracks is clear as day on “Terrifyer” as it results in a very tight & focused delivery of the riffs. And wow! There are some serious riffs on offer here. Scott doesn’t ever dwell on the one thing for two long & despite the short duration of most of these pieces you’ll find that they contain as many riffs as most traditional metal bands can fit into a track that’s two or three times as long. The constant changing is a major contributor to the feeling of urgency that Pig Destroyer achieve & this wouldn’t have been possible without a class drummer of the caliber of Harvey. In fact, despite Hull’s riff-fest, Brian’s actually the best thing about “Terrifyer”. I find myself spending a lot of the album immersing myself in his interesting drum fills & precision blast beats. You won’t find too many better grindcore drummers to be honest. At least not for this particular band.

Stylistically, you’ll be left with little doubt that Pig Destroyer are a grindcore band but that’s not to say that “Terrifyer” swims only in that particular pool. Hull’s riffs showcase a variety of influences & I often find myself imagining that he’s been taking a peak at Machine Head’s groove metal playbook or is trying to emulate Cannibal Corpse’s techy half-time death metal assault. Often in the same one minute song too! And it’s ultimately the quality of these riffs that makes “Terrifyer” so appealing. There’s a genuine groove that the band locks into very regularly with the musical visions of Hull & Harvey seemingly being completely in tune & while these moments may seem fleeting at the time, it’s never long until you’re back there once again. Sure there are some more generic & less ambitious thrash & hardcore style riffs employed here & there but they never stay around for too long & are usually replaced by something a lot more exciting so I couldn’t say that there’s a single track included in the 21 of offer that doesn’t give me some sort of enjoyment. The short 32 minute album run time doesn’t leave any room for boredom either.

If there’s a weakness in Pig Destroyer’s sound, it’s the fairly monotonous shrieking of former Agoraphobic Nosebleed vocalist J.R. Hayes. Most grindcore bands go for a more varied vocal delivery than J.R. delivers here & you can see why too. Hayes spends the entire album screaming his fucking head off & I’m gonna have to give him an A for effort but it would have been good to get a few more attempts at variety. Fans of metalcore certainly won’t find themselves feeling alienated as Hayes would sound right at home on a Converge record but I can’t say that this really fits into my musical comfort zone if I’m honest. In fact, if I look at my score here, there’s a reasonable chance that I may have scored “Terrifyer” slightly higher had the vocals slanted a little closer to my preferred taste palate but that’s not to say that I find myself cringing or anything so this is just an observation more than a major criticism.

Overall, I think Pig Destroyer have delivered a top class grindcore record here. It’s blasting yet classy, abrasive yet professional, complex yet accessible. Grindcore may not be high on my list of extreme metal subgenres but “Terrifyer” may just sit at the top of the pile these days. Perhaps even usurping my beloved Terrorizer in the process. One thing’s for sure… if you’re a fan of the genre then you’re gonna love this shit. Play it very loud & only when you’re doing something physical. Otherwise you may just make a dick of yourself on the train or at church.