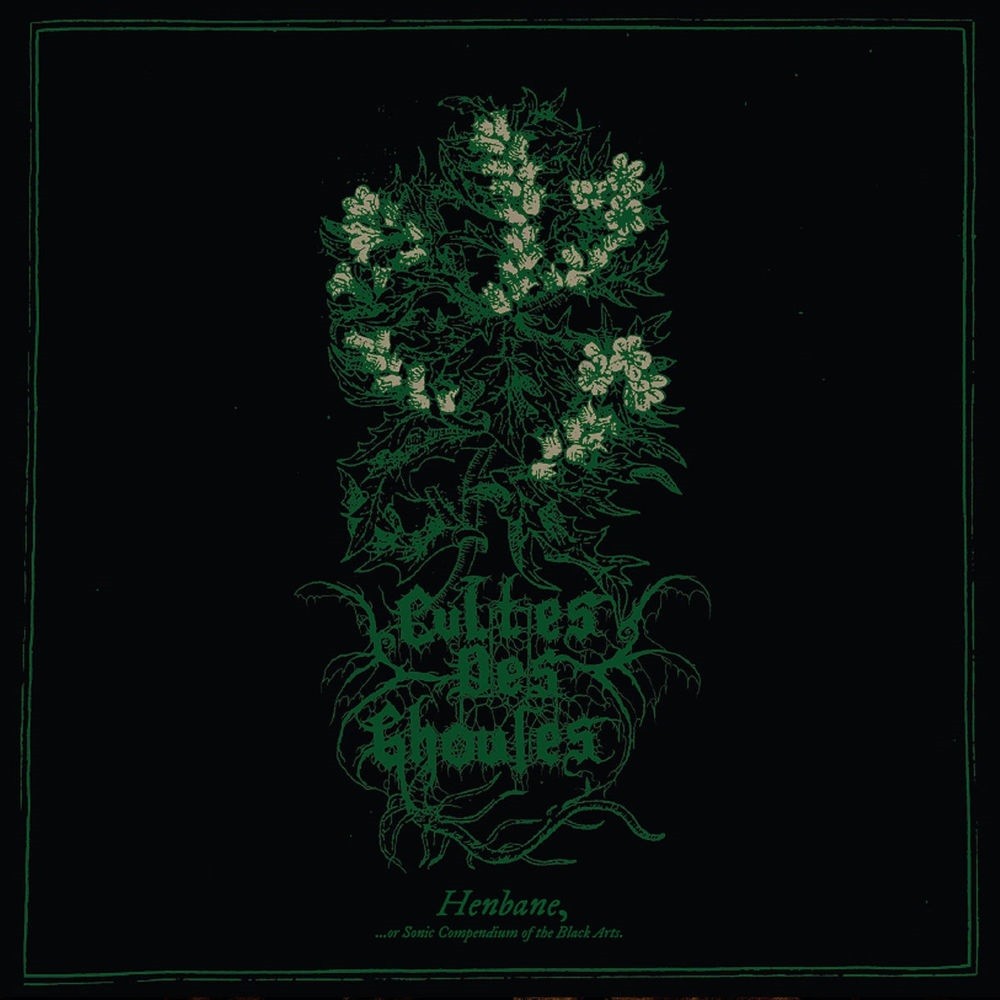 The first thing that strikes me about this album is the somewhat unconventional tone of the guitars for a black metal album, sounding more akin to the tone of old-school death metal such as Autopsy, even down to the "looseness" of the playing. Add to this the ritualistic rhythms of the drumming in many places that give the album a genuine occult atmosphere and you do indeed have a unique black metal experience that, despite this, is still very much in the realms of black metal - the vocals in particular are especially tortured and unhinged-sounding (the deranged howls during The Passion of a Sorceress are indeed something to behold). In fact vocalist Urian's performance is possibly one of the most disturbed and disturbing I've heard since Silencer's Death Pierce Me - from demonic growls to piercing shrieks and the afore-mentioned demented howling this sounds like an artist on the edge (of sanity!)
There is a nice variation in pacing of the material, the creeping, crawling of Vintage Black Magic owes as much to doom metal as it does black metal and as such it adds an extra level of heaviness to the song. In fact the album as a whole feels more like a bludgeon than the usual sabre-like slashing and slicing of conventional black metal, even on the faster, more feral-sounding tracks like Festival of Devotion.
Overall this album is a great attempt to do something a little different with black metal that feels like the band have stamped something of their particular personality on the recording that goes beyond mere entertainment and into the realm of genuine self-expression (and presumably some kind of personal catharsis). What's particularly great about it for me as the listener is that I can't for the life of me pick out one particular favourite track - they are all brilliant, each in it's own way.

When it came to me choosing my first featured album for The North clan I already knew it was going to be this record.  It was one of the few modern bm releases of the 2010's that absolutely blew my away with it's illicit presence throughout, one that genuinely leaves me with a feeling of discomfort as I lidten.  I get the Mayhem references absolutely and by no means does Henbane reinvent any wheels.  It does the bm basics well though and despite the variation present on the record I always hear it is a bm record at its very core.

Poland has this penchant for producing some fantastic acts in extreme metal.  Former members of Cultes Des Ghoules (as in the H.P. Lovecraft stories) went on to form Doombringer, a blackened dm outfit of decent repute and the deranged vocals of Mark of the Devil have been present on Death Like Mass for three EPs worth of material also.  Henbane is heavy on the ritualistic and occult approach to bm though, playing like an old black and white horror movie (bordering on b-movie with those vocals at times, I grant you) with an element of tongue in cheek obvious on most tracks.  Like an old horror flick, it is a thoroughly entertaining record.  Yes, between the start and finish there are some passages that don't resonate as well as the rest but the levels of consistency on the record is superb.

Part of the appeal of the record for me is this sloppiness and cumbersome approach to songs.  Mark's howls and gruff screams I think add a lot to the record, even though I repeat my comment from above that they are supposed to be over the top, in fact nefariously grandiose by intent.  The album feels authentic and engaging as a result of the off-kilter timings and clunky clangs and sloppy shifts.  It all feels earthy and downright right filthy, like it clings to you long after the album has finished playing.  Riffs feel like they are climbing on top of each other, building into some putrid pile of unholy sacrificial flesh, sliced from bodies using the dirtiest of blades.

The pacing often slips into the realm of doom metal and I hear some 'eavy met'al riffs in there also as the record strays close to black 'n roll territory on more than one occasion.  All this builds this cloying sense of drama to skin itching proportions at times (Vintage Black Magic).  The use of spoken word passages over chugging and repetitive riff patterns add to this doom feel nicely yet still that thick air of black-market black metal is always there also.  This continuing sense of taboo is beyond the chaos of Mayhem though.  It is somehow more tangible here and dare I say it, better told.