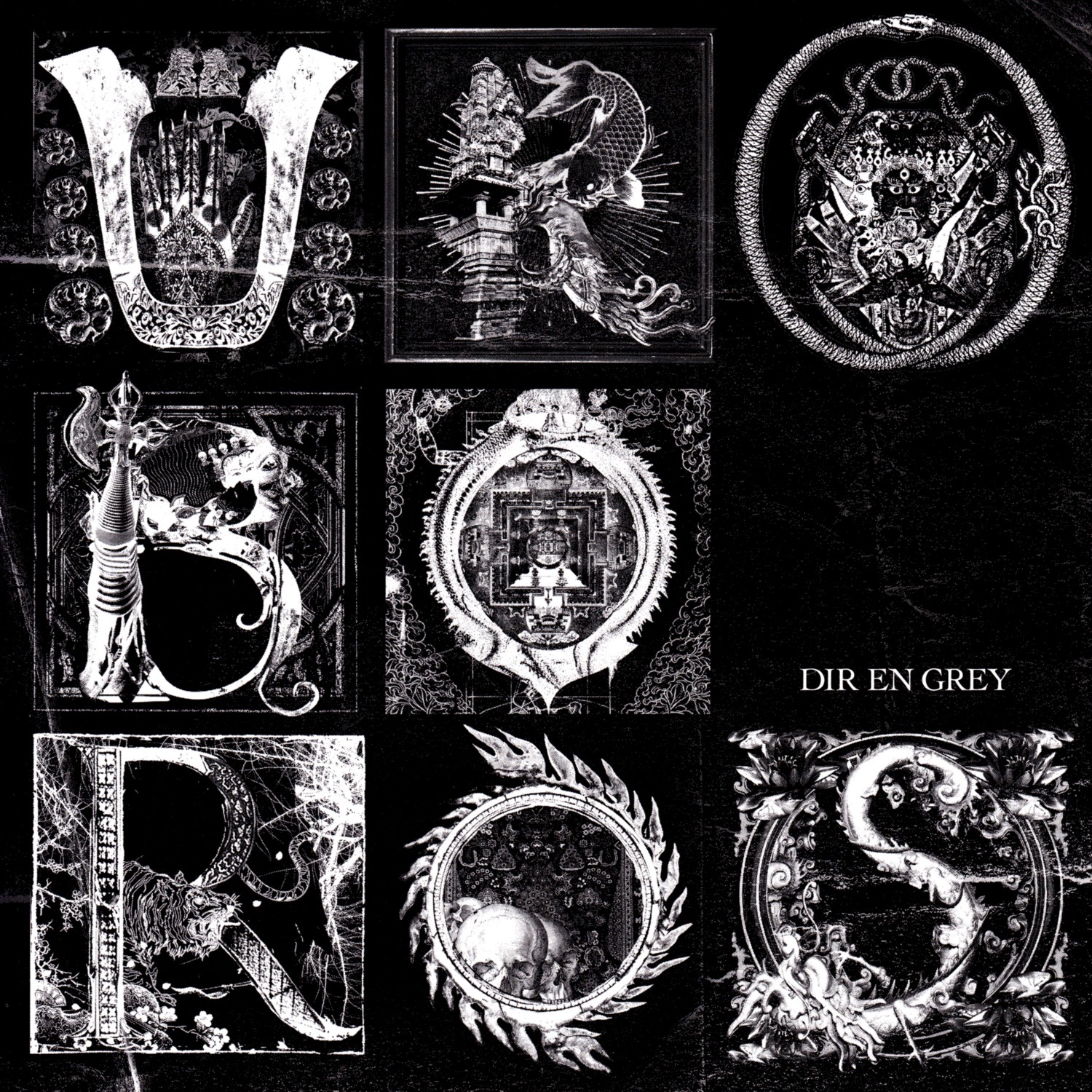 Uroboros has held up as Dir En Grey magnus opus for over a decade. It was a turning point in their music as they really discovered their experimental, more creative instrumentation and progressive sound from the more unrefined sounds in previous albums such as Withering to Death, not only returning to their roots but also paving a soundscape for future albums. Kyo's vocal ability is really allowed to shine, as he incorporates more death growls and other techniques into his emotional and gripping vocals than previous albums. Dir En Grey have always been known for their beautiful poetic lyrics and Uroboros is no exception.

With a vast arrange of songs styles and tempos, from faster death metal-like guitar thrashing to emotional melodic vocal against clean, powerful riffs as well as a heavy dose of great basslines and insane drumming, Dir En Grey have surprisingly created an immersive and structured album that has something for everyone and is still my go to album not only introduce newcomers to Dir En Grey but listen to again for the hundredth time.

The Uroboros (or as it is typically referred to in the English language as "Ouroboros") is the image of a snake swallowing its own tail as a symbol of the infinite; an object with no discernable start or end point. I think that from a completely compositional standpoint, Dir en Grey's classic 2008 album has a significant problem where it tries to swallow more than it can physically chew. This band who began as an alternative rock/metal band with elements of nu-metal decided to go off the rails with this album and create something that has influences from so many different places: thrash metal, visual kei, death metal, industrial music, and compositions that borrow a lot from progressive and avant-garde music. That alone might make one question whether or not this belongs under the alternative metal tag at all!

While there may be some elements that resemble funk and post-hardcore, this album feels nothing like any of those genre representations. They feel more like temporary passing elements on what I can only assume the band perceives as a conceptual musical journey. And it all felt so jarring to me! What it reminded me of the most was last years album I Let It In And It Took Everything by English based Loathe, even if to a lesser extent. With that album, it tried to split the difference between pummeling metalcore and Deftones-esque shoegaze. And the strangest part of all is that I enjoyed that shoegaze/alternative metal sound more than the hardcore stuff! I think Uroboros falls into a lot of the same jurisdictions for me. Songs like "Toguro" and "Bugaboo" are wonderful displays of how progressive music can be made "accessible". The later of those being quite significant since it has a riff that is almost a blatant flip of Dirt era Alice In Chains!

But the rest of it? I could care less! The album starts off on terrible footing with the extended "Vinushka", an extended wank fest with no direction. That carried into "Red Soil" and "Doukoku To Sarinu" before collecting themselves and actually creating a decent hook/groove for "Toguro". "Gaika, Chinmoku Ga Nemurukoro" is a straight up death metal song before "Dozing Green" and "Inconvenient Ideal" brings back some of that visual kei and gothic trends. If that sounds like a lot to digest...it's because it is. And while most of it is produced well, the significantly heavier stuff does have a big problem of highlighting the percussion bass drum rather than the fundamental bass parts.

I would assume that if you appreciate progressive/avant-garde music as much as I do, this constant genre swapping might not bother you as much as many others. But for those approaching this as another Dir En Grey album are going to be alarmed by the balancing act. But that still isn't going to keep me from pointing out all of the inconsistencies in both the songwriting as well as production throughout. This will certainly serve as a "find the songs you like" album for most, but the good stuff is of such top quality that it still sees Uroboros sinking further between the teeth.

Once a Japanese Visual Kei/glam rock band, Dir En Grey toned down their earlier imagery and focused on becoming something greater and more modern. Their superb songwriting will surely persuade listeners to enter the Japanese alt-garde metal realm!

Their 7th album Uroboros further establishes the unique genre the band has reinvented, all in emerging triumph. It is an exploration through new territory while staying familiar to earlier fans. They continue to expand on the earlier pop elements but twist it with the metal sound that would dominate this album in sonic talent. And seeing how I can better tolerate both Japanese metal bands and bands in other languages besides English, I should have no problem here...

The album begins with the intro "Sa Bir" with deep drum looping, subterranean synths, cimbalom, bass, and background vocals by lead vocalist Kyo. It is a little risky to open the main action with a 10-minute epic, but "Vinushka" wastes no time getting into the zone with an acoustic intro with soft clean vocals, before crashing into metal riffing and vocal reverb. Dynamic time changes are a stunning addition to this dark gothic-ish tune. Throughout these 10 minutes, the song just walks carefully over a deep pit but keeps staying together thanks to the vocal styles that vary more than Mike Patton. In the middle, you get a killer thrash/death metal section before returning to dark prog-pop from early on, and everything works for a seamless enjoyable experience! "Red Soil" has a bit of Soilwork-like riffing and growls while still having melodic dark pop verses. "Dōkoku to Sarinu" (Gone With Lamentation) can help you identify the vocals from whispering to shrieking in the blink of an eye. They've maintained their harder edge for a few years before this album, living up to their experimental metal motive that was never present in the 90s. "Toguro" (Coil) shows the bass carried out of the bottom of the mix.

"Glass Skin" has a dark ballad vibe closer to some of Dream Theater's ballads. Another standout is warped funk-rocker "Stuck Man" with killer bass. Another great song in that style is "Reiketsu Nariseba" (If I Was Cold Blooded) that blends the jazz and vocals of Mr. Bungle with Schizophrenia-era Sepultura. The elegant layers of "Ware, Yami Tote" (For I Am Darkness) includes Kyo's emotional singing, the breakbeats, and guitars that hook together acoustic and electric.

Before we get to the next track, there are two bonus tracks in the remastered version, the devilish "Hydra -666-" and "Bugaboo Respira", which is an odd prelude to what you were waiting for. But was it worth the wait? "Bugaboo" is as odd as the bonus prelude, but I still like it, and the album's 5-star score remains intact. "Gaika, Chinmoku ga Nemuru Koro" (Paean, the Time When Silence Sleeps) can range from emotional to a rapid headbanger. "Dozing Green" is a further demonstration of the band's sonic talent.  "Inconvenient Ideal" is a ballad that seems like an inconvenient way to end the album, but I digress.

I don't know what else to say about Uroboros, other than... Get it right f***ing now! If you enjoy this alt-garde metal kind of style, this would get you hooked, otherwise you would be better off elsewhere. Dir En Grey have made one of the proudest achievements in the history of metal!