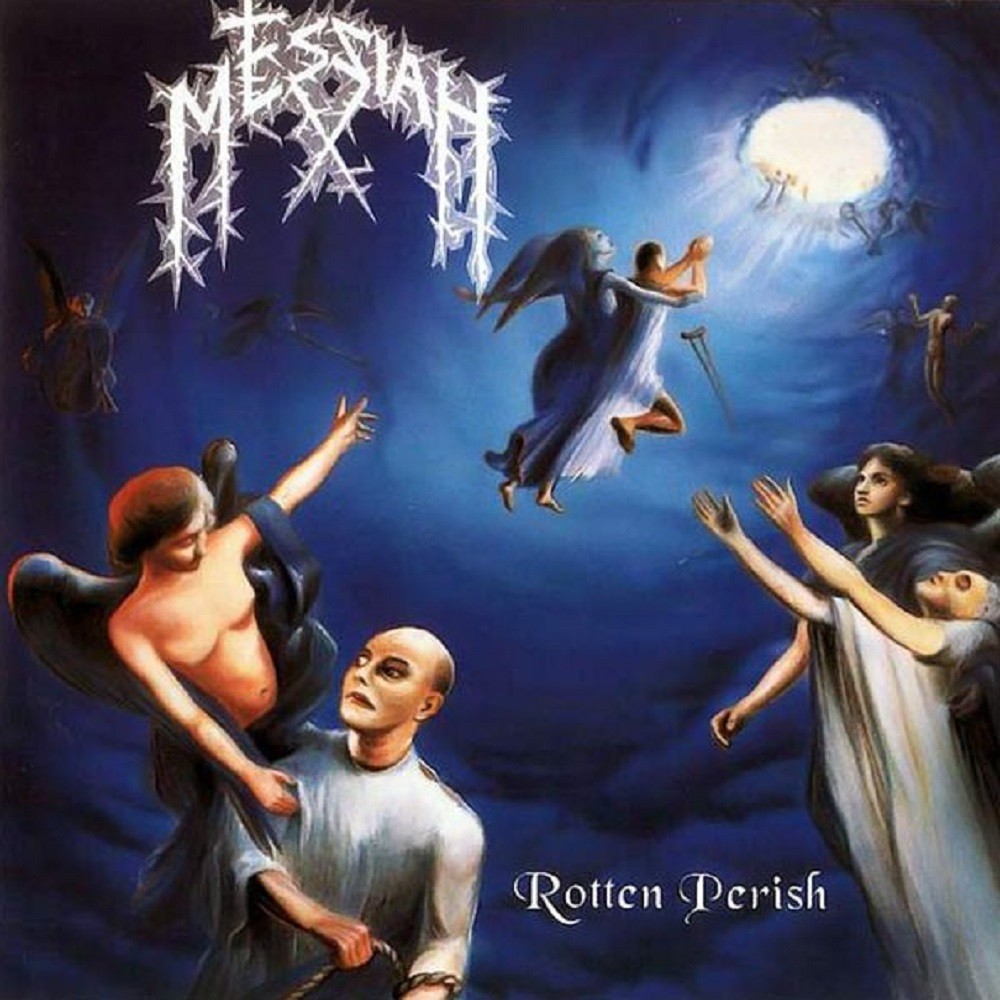 One of the more interesting Death Metal albums I’ve heard. Messiah actually have a knack for sounding quite different on each album, while still sounding very “them”, and that’s no different here. After coming off of the amazing “Choir of Horrors,” this album is a bit of a disappointment for anyone thirsting for more of those amazing aggressive riffs. I think that expectation hurts the perception of this one, and I’ll admit on first listen I was quite let down. However, this one’s a grower with some great depth.

Speaking to the musical “issues” first, this one is very rhythm focused. Gone are the multitude of sharp lead riffs from the prior album. The guitarwork here is almost all rhythm, with simple but speedy chords acting as a crushing weight to the atmosphere. There’s a subtle complexity to the rhythm, structures and songwriting that help fill the space left by less lead work. It’s a different approach than most Death Metal bands at the time, for sure.

Where does this thing really grab me? Well, it’s actually a concept album about mental illness, told through the stories of a few scenarios, and it’s very gripping and well done. The language itself is pretty dated at this point (and it was written by non-native English speakers) but it was a time where mental illness was still quite stigmatized and unknown, so there’s no blaming that. The topics and actual messages of these songs are phenomenal. Raped Bodies is my favorite, as it details the psychological impact of a parent’s addiction, spousal abuse and divorce on a child, followed by social alienation and eventually culminating in acting out in sexual violence. It’s incredibly accurate to how adverse child experiences effect someone, and with no real internet at this time, it’s clear they went out of their way to do actual literature research. It absolutely talks about mental illness in a dark and graphic way, but it also explores the flaws in society's thinking and perceptions of the mentally ill. The writing truly captivated me on this one.

Apparently, most people don’t listen to metal for the lyrics. I will just say, you may be missing out on more than you know…