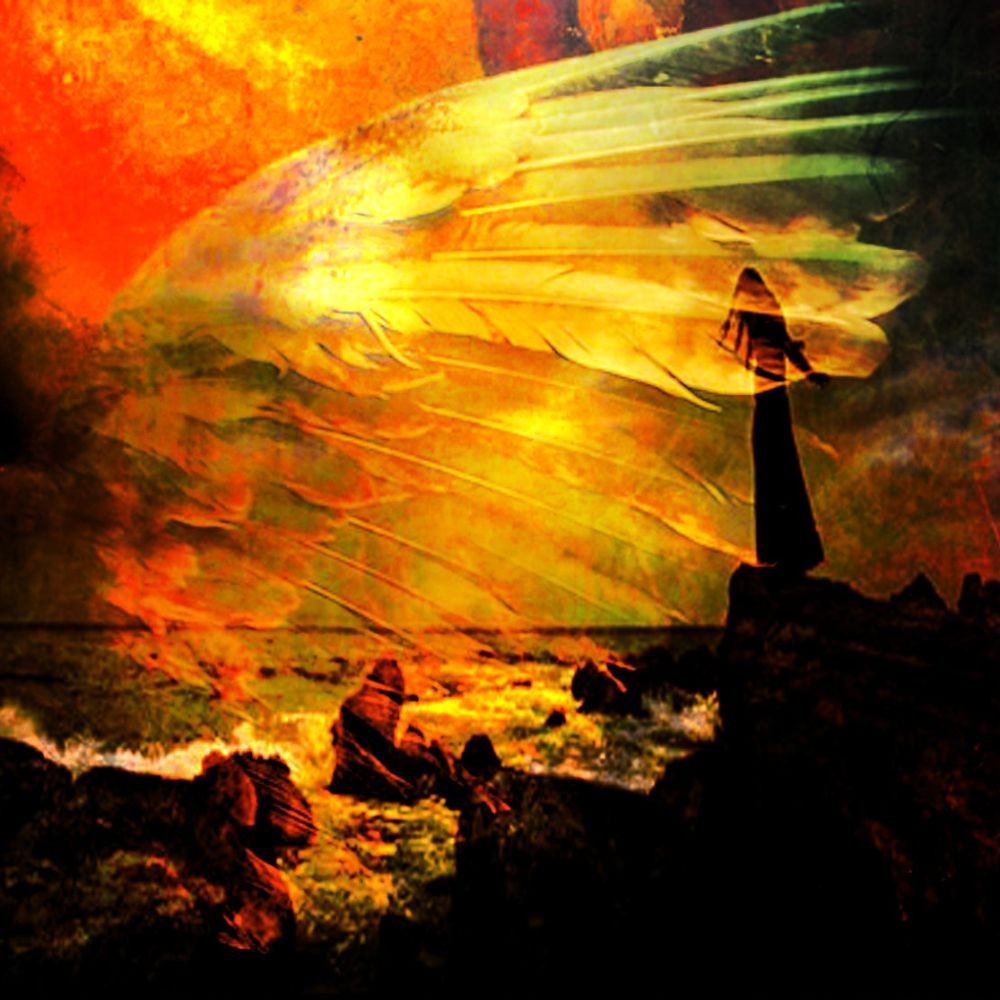 I had actually heard this record a very long time ago before writing this review. I know! Saxystephens, the one who is always preaching about the importance of groove and melody in metal, listening to a drone metal album? Well it kind of came into prominence when I was feeling my way through the genre and I did appreciate the album, even if I didn't necessarily like it.

Over a decade has passed since that initial reaction and...not much has changed. I will say that for a drone project such as this, it is nice to hear some actual grooves and I do enjoy hearing this group trying to create anything that will be memorable for those who bother to give it a listen.

Only one problem with that thought process: the jarring production choices are what make it memorable, and not the songwriting, which I will admit is pretty decent. The tonal quality however is very scattered through its loud/soft dynamics. When the album is soft, and the guitars are given clean tones, the album sounds really good to go alongside some vocal performances from Monica. When the album wants to get a little heavier, the guitars are given the most jarring, blown out mixing I've heard on a metal record! It does not sound good in the slightest.

The whiplash continues into the actual songwriting as well. This album lacks a lot of subtlety. Instead of allowing a new idea to transform from calm and clean towards tense and abrasive, the duo kind of just said "screw it" and plopped them together side by side. It is not a welcoming sound for newcomers and it does not leave me feeling rewarded.

The more I listened to this record, the more I thought of the similarities between it and Lingua Ignota. Many of the song structures feel the same, it has a lot of similar production choices, and Monica's transitions from clean singing to harsh screams is nearly identical. But where this album fails to live up to the expectations of Lignua Ignota (at least for me) is that those harsh screams and distorted hellscapes feel...deserved. They are built toward over slow and brooding song structures and you feel like you have earned that release. This album does not feel that way, and for me, I am just left here wondering what could have been if the hourglass had not emptied out so quickly.

2007's final release from Georgia-based US drone metallers The Angelic Process has always been a challenge for me. Whilst "Weighing Souls With Sand" has been universally claimed as a classic by the rest of the world, it's never sat completely comfortably with me for a number of reasons. Some of its defining characteristics represent significant obstacles for me & it's taken me just over a decade to be able to reach a level of acceptance.

For starters, The Angelic Process' material is based around several common elements with each track offering lush ambient sections interspersed with dinosauric walls of abrasive noise that seem hell bent on averting the listeners attention from some apparently sweet melodic content. Tracks often start & finish with a gorgeous sweeping ambience that reminds me of German ambient techno maestro Gas before the heavy guitars kick in & the musical soundscape changes extremely rapidly into one that sees the listeners head being continually belted with an unparalleled sonic barrage. There are moments when I fear that my eardrums simply can't tolerate any more noise & I find myself literally cringing to protect myself. But at the same time there's this unusual beauty sitting in the background that seems to be being intentionally masked by layers of analog fuzz.

The vocals of Monica Henson leap between innocent but soaring melodies & the sort of screams that cause me to wonder if she'll ever speak again. It's really pretty hard to tell if that's being achieved mainly by production trickery or not but I suspect it is. The riffs of her partner in crime Kris Angylus are very simplistic but the brutal & at times overwhelming production job sees them packing a punch that is sure to induce migraines in many listeners. If I'm honest I don't really enjoy the ultra-fuzzy guitar sound. It's not my bag at all. But it's the quality of the melodies that lurk beneath the surface of this abomination that draw The Angelic Process' audience deep into the hazy mist of their sound with the end result being that many people get lost & never want to return home again. The drums sound like they're programmed to my ears & I feel that this was an area that could have been improved as they sound a little bit artificial when the rest of the music around them is trying so hard to portray a warm analogue feel.

"Weighing Souls With Sand" is most commonly referred to as drone metal. I can see why but it's never seemed to me to be a very accurate label to be honest. There's a lot more going on here than there is in your average drone metal release. Particularly from a melodic point of view. The noisy analogue hiss that shrouds most tracks reminds me a lot of the noisier works of ambient artist Tim Hecker while the huge crescendos indicate a love for post-rock artists such as Sigur Ros. There is most definitely a shoegaze element at play here too with a lot of these tracks seeing Kris strumming open downstrokes repeatedly in a melancholic fashion that reeks of My Bloody Valentine's classic "Loveless" album. The droning bass notes take my mind more towards the ambient variety of drone only more from a textural point of view than a stylistic one. Overall I find that the post-metal tag is the more appropriate way to label the album & I'd feel much more comfortable if "Weighing Soulds With Sand" was separated from the drone metal charts as it inevitably fairs quite well but doesn't sound anything like the records scattered around it.

It's taken a very long time & many revisits to achieve but I'm only just now starting to see the value in The Angelic Process' piece de resistance. It nicely portrays its theme of the death of a partner with the instrumentation always possessing a melancholic grandeur that seems both sad & enlightened at the same time. It's simply heart-breaking to think that Kris made the storyline into a self-fulfilling prophecy when he took his own life the following year after falling into a deep depression following a severe hand injury that prevented him from playing guitar any more. Unlike my initial attempts with this album, I actually think I get some enjoyment out of every track now whereas I struggled to sit through it a few years back. I'm glad I've finally come round but there's still a limit to how much "Weighing Souls With Sand" ever has the potential to captivate me. I think I respect what it's trying to do more than I actually enjoy the result. It's certainly an experience that you won't forget in a hurry but it's also a very repetitive one with the same tools being used in every song. The Angelic Process are indeed a one-trick pony. It's just that no one else has even tried to perform that trick before. That's the appeal of a record like this one. You'll be sitting so far outside of your comfort zone that it's easy to forget you even had one.